What is your risk?

Low dose CT screening (Computed Tomography) for some people has been proven to reduce deaths from lung cancer. Age and smoking history are the two main factors used to know if you should be screened for lung cancer. 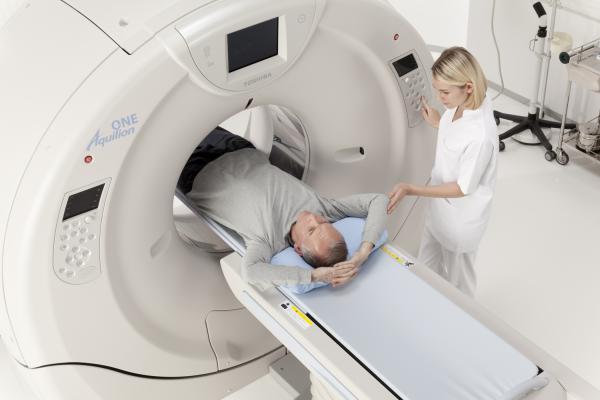 If you checked 2 two of the boxes above, plus one or more of the following:

Medicare Part B (Medical Insurance) covers lung cancer screenings with Low Dose CT screening once per year if you meet all of these conditions:

Most private insurance plans cover screening for patients 55 to 80 years old. Check with your insurance plan to learn more. If you have Medicaid, ask your doctor if the state will pay for the screening.

If you are not  at risk, chances are you know someone who is.
Please share this with your friends neighbors and  family members.

Talk to your doctor to see if screening is for you!

You should be screened at an accredited facility.

The National Lung Screening Trial defined those at high risk for lung cancer as men and women between the ages of 55-80 with a history of heavy smoking. Heavy smoking is defined as a 30-pack-year smoking history. For example, someone who smoked two packs a day for 15 years has a 30-pack-year smoking history. Likewise, someone who smoked a pack a day for 30 years or someone who smoked three packs a day for 10 years, have a 30-pack-year smoking history. Perhaps surprising to many is that former smokers, even those who quit 15 years ago, are also defined as being at high risk for lung cancer. In fact, half of the people diagnosed with lung cancer—more than 113,000 Americans each year—are former smokers. And the majority of these people quit more than a decade before their diagnosis. For former smokers, the added requirement is that they quit within the previous 15 years. For example, someone who met the other guidelines but quit 30 years ago would not necessarily qualify as a good screening candidate. Someone who quit 12 years and met the age and smoking qualifications may very well benefit from screening. The age requirement and smoking history are lowered for those with a second risk factor. If you have an additional qualifying risk factor, talk to your doctor to see if you are a good candidate for lung cancer screening.  The National Lung Screening Trial (NLST) was funded by the National Institutes of Health (NIH). It looked at using a low-dose CT scan (also called low-dose spiral CT or helical CT scan) to screen for lung cancer. Over 53,000 current and former heavy smokers aged 55 to 74 participated at 33 sites across the United States. Starting in August 2002, subjects remained in the trial for a 20-month period and were randomly assigned to receive three annual screens with either a low-dose CT scan or a standard chest X-ray. The study found that people who were screened with a low-dose CT scan had a 20% lower chance of dying of lung cancer than those who were screened with a chest X-ray.