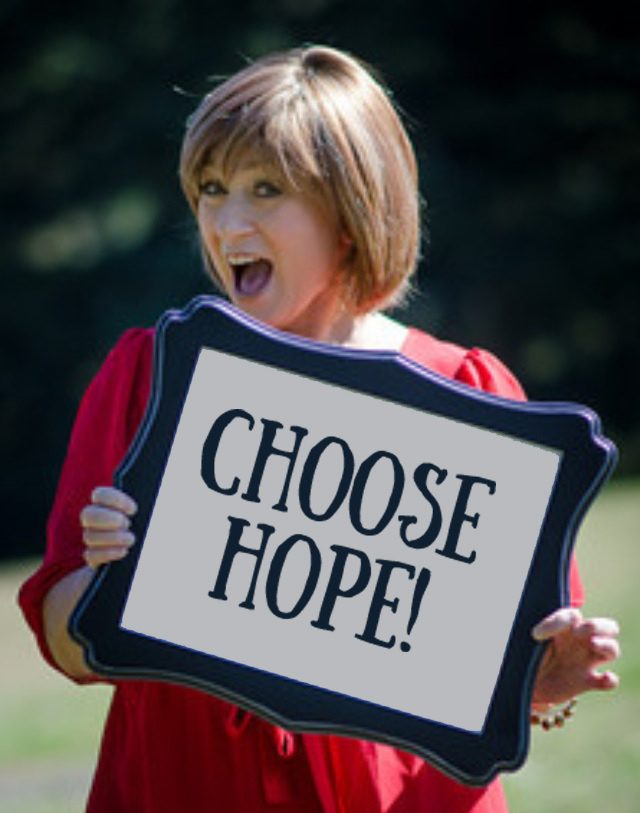 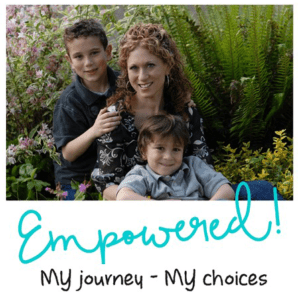 Written by a survivor determined to be a sur-THRIVE-er — Jessica Steinberg, M.S. in collaboration with
Caring Ambassadors

In April 2011, when I was 39 years old, I received an injury that left me needing both an attorney and a chest x-ray. One week later, I had signed divorce papers and found out I had lung cancer.

Send us your story! Some stories may be featured in our Story Corner. Please send us your inspiration and experiences. Feel free to include pictures and drawings.
Email your story to mystory@caringambassadors.org

I don’t know how anybody can hear “you have cancer” without feeling like it deserves a string of expletives. Let’s face it — no matter what stage of life you’re in, there is never a good time to hear those 3 words. So, let yourself have some time to deal with it. Cry, wail, scream, hop up and down, punch your pillow, blame yourself, sob, blame everybody else, rail against the universe, attempt to write your obituary, and/or whatever else you need to do.

At some point, though, you are going to have to face it.
It’s time to make some choices.
You have to do SOMETHING — even if it’s choosing to do nothing.

It really helped ME to define my priorities and my options first. This was easy for me — my 2 boys were my first priority. That made my choice clear to me. I was going to fight like crazy so I could raise them. (It was mildly tempting to choose ‘drink myself to death’, but that wasn’t really the legacy I wanted to leave behind. ) It really helps me to keep my sons in the forefront of my mind when I think about my cancer.

What drives YOUR decision? Assuming you made the choice to fight, WHO or WHAT are you fighting for? I’ve had other patients tell me all kinds of reasons they are motivated to fight — and everyone is different. Often it is about family — whether it’s a partner, children, grandchildren, and sometimes pets. I’ve heard from some that it’s the work they do that inspires them. Another person said they just ‘aren’t ready’ to be done living. They still want to go sky-diving, Rocky Mountain climbing, and 2.7 seconds on a bull named Fu Man Chu. (Okay, it was actually Tim McGraw that said that, but you never know… that might be some peoples’ reasons.)

So, if you’re with me… it’s time to put your ‘brave boots’ on. In the next few pages, I am going to share with you what got ME this far and how I became an “empowered” patient.

Just know, though, that it is up to you.
This is YOUR cancer journey
and YOU are in charge of what happens next. 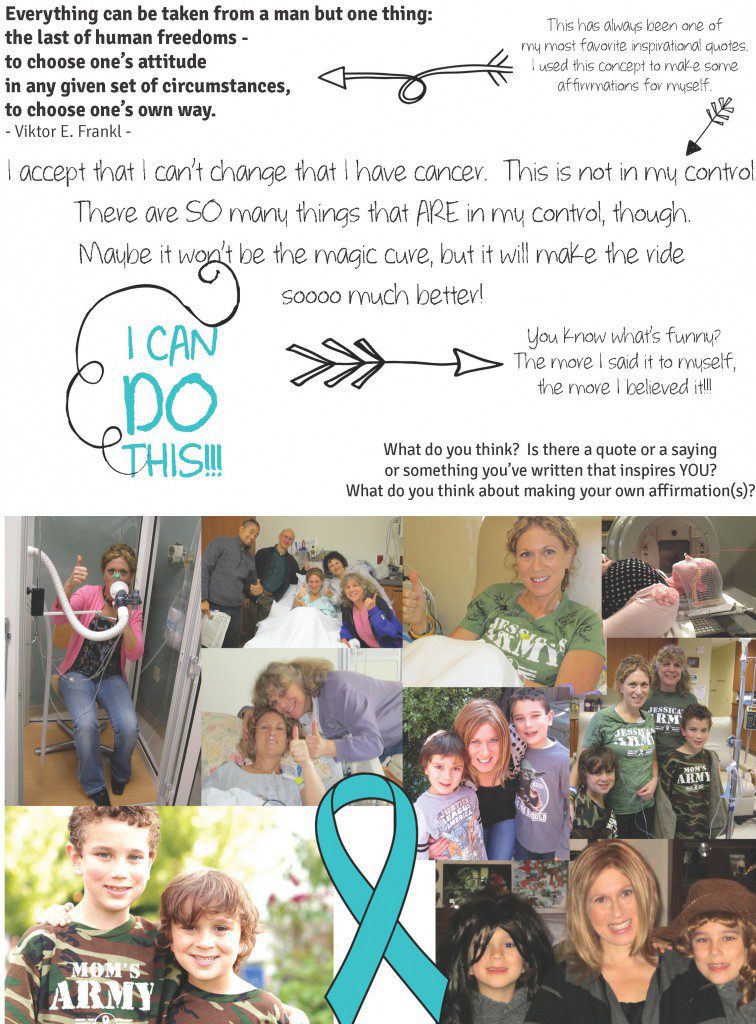 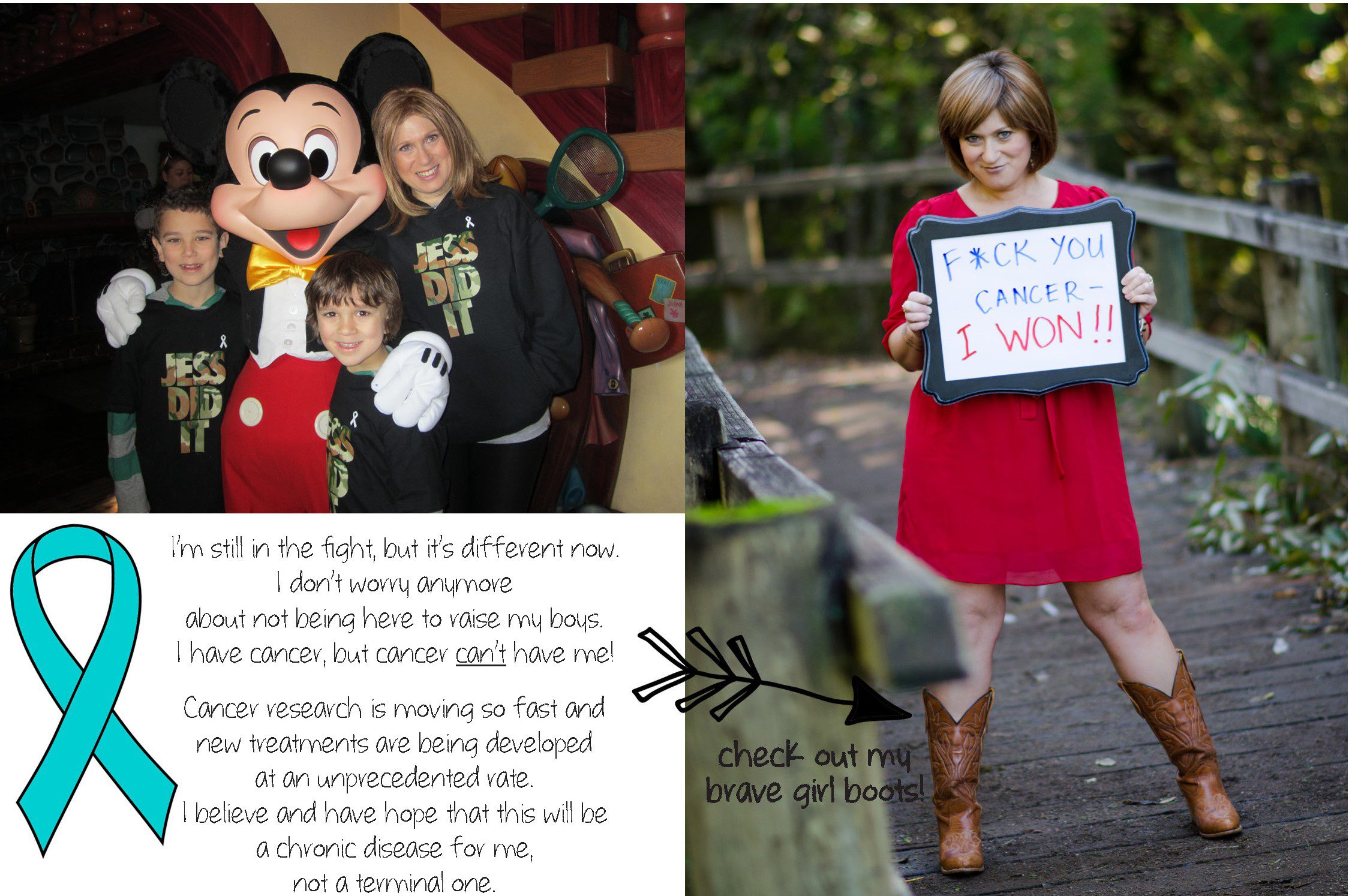 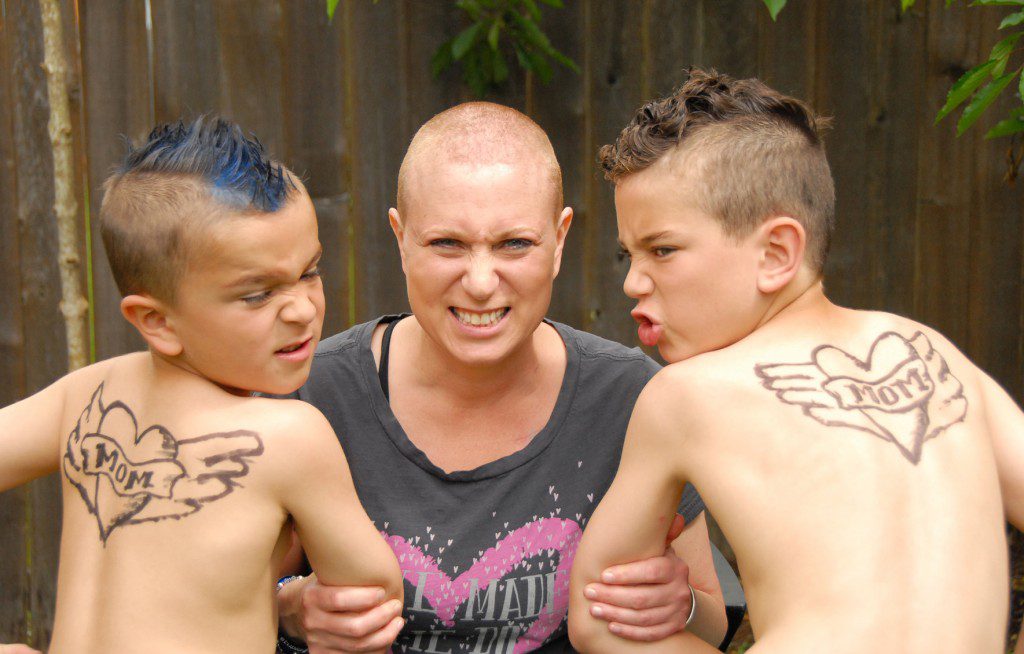 Empowered patients know that having hope is a choice they can make. Hope is the belief that a positive outcome is ahead.

And let it be clear – hope is not denial.

It is educated optimism, and empowered patients know there has never been a time in the world of cancer treatment where having hope is so warranted.
Hope can inspire you to action, including being a stronger advocate for yourself and others.

Hope is contagious — when you have the spirit of hope guiding you through this journey, you may find that it affects the whole world you live in, your relationships with others, your dreams, and your goals and wishes for the future. 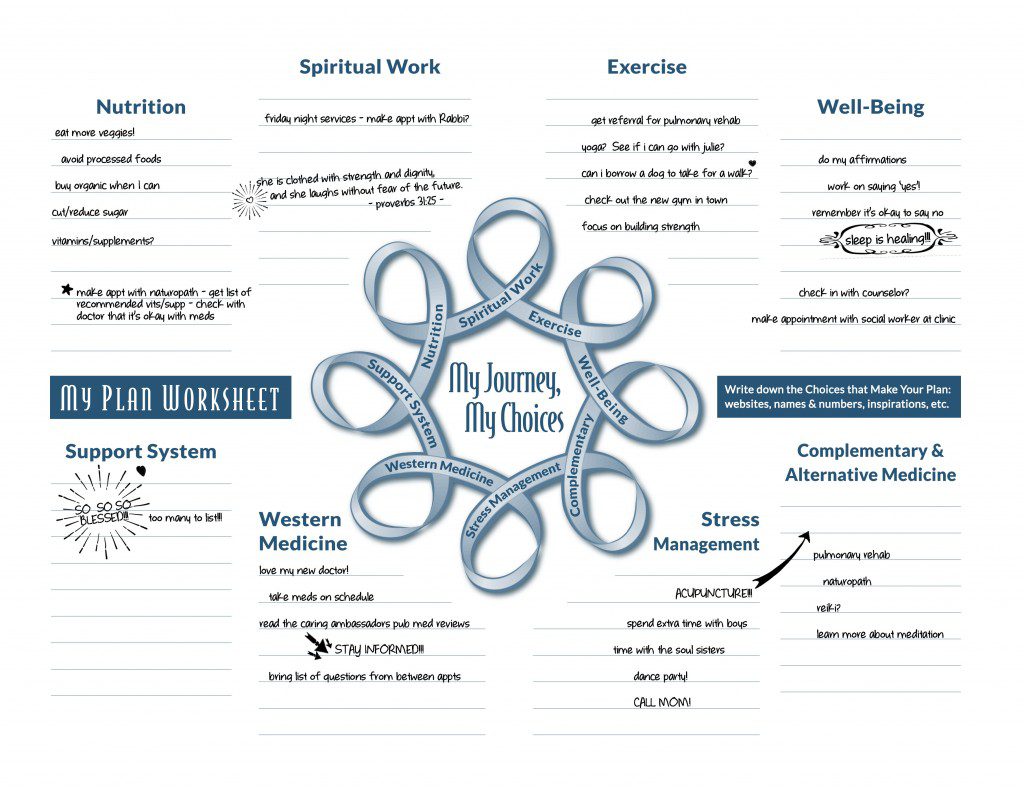 Dog Days are Over – Florence and the Machine ­

Eye of the Tiger – Survivor

F**k You (or clean version Forget You) – Cee Lo Green

I Will Survive – Gloria Gaynor ­

On Top of the World – Imagine Dragons ­

Say Hey (I Love You) – Michael Franti & the Spearheads

Shake it Off – Taylor Swift ­

You Ain’t Seen Nothing Yet – Bachmann Turner Overdrive

Research has shown that using positive self-talk reduces stress and depression, improves coping skills, and may even effect health outcomes. What *is* positive self-talk? It’s the voice in our head that narrates throughout our day. It’s like an inner sports announcer!

All the emotions of a cancer diagnosis can make it difficult to keep our self-talk positive. Consider the possibilities of writing yourself a note of affirmation and posting it somewhere where you’ll see it often, or your favorite inspiring quote on your mirror, or explore your creative side to create art for your home. The more you see or experience these words, the easier it is to keep your self-talk positive.

The next few pages are images that you are welcome to download and print to get you started. Ultimately, though, you should have something that is meaningful to YOU.

A note from the author:

Thank you for your consideration of this material and I hope that sharing what I have learned will be of some use to you. I would love to hear *your* stories of empowerment! Feel free to contact me through Caring Ambassadors at info@CaringAmbassadors.org

Remember: This is YOUR cancer journey and YOU are in charge of what happens next. YOU can do it!!!

Empowered! My Journey My Choices PDF 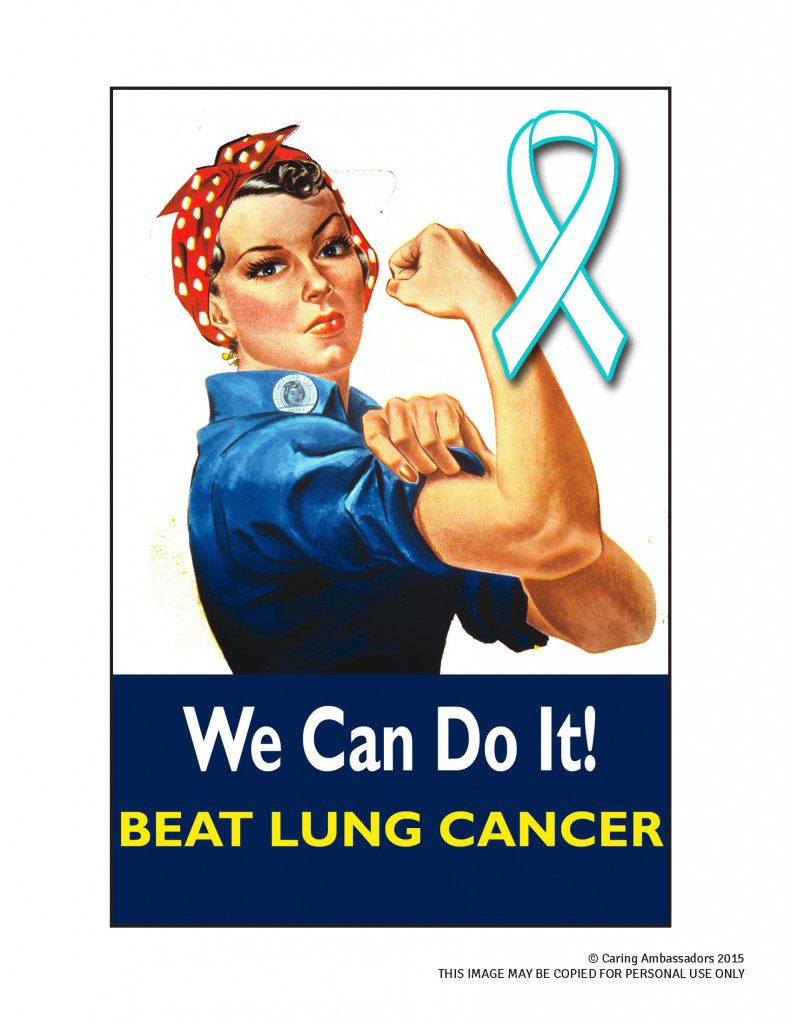 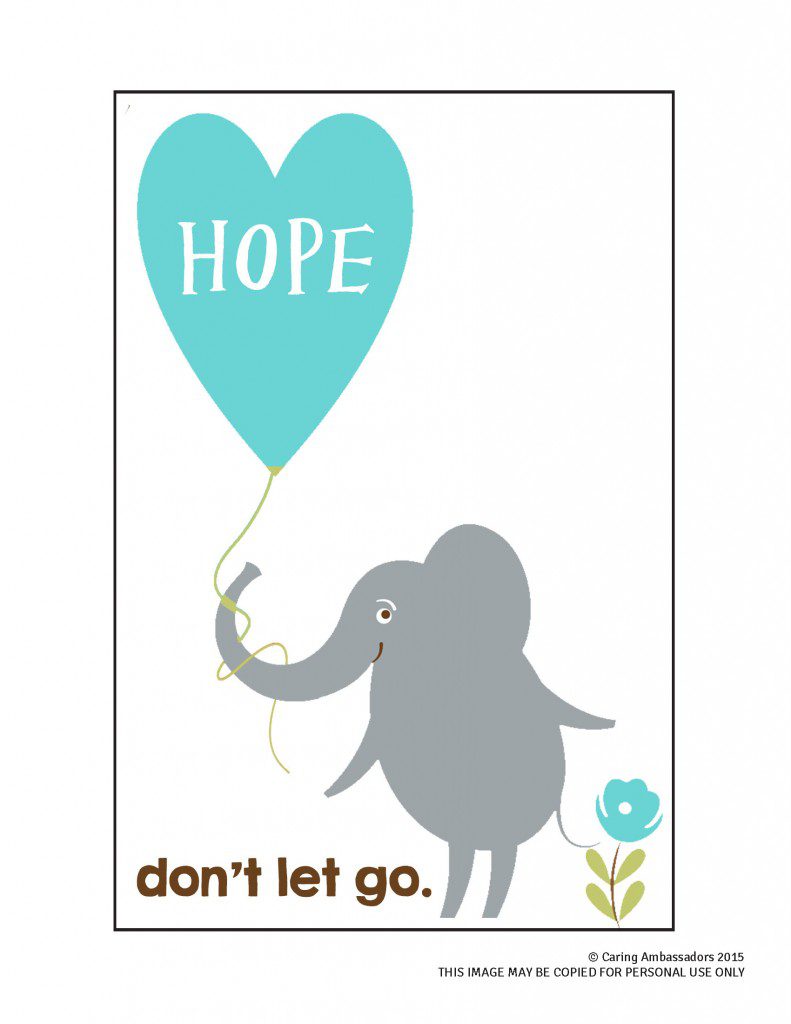 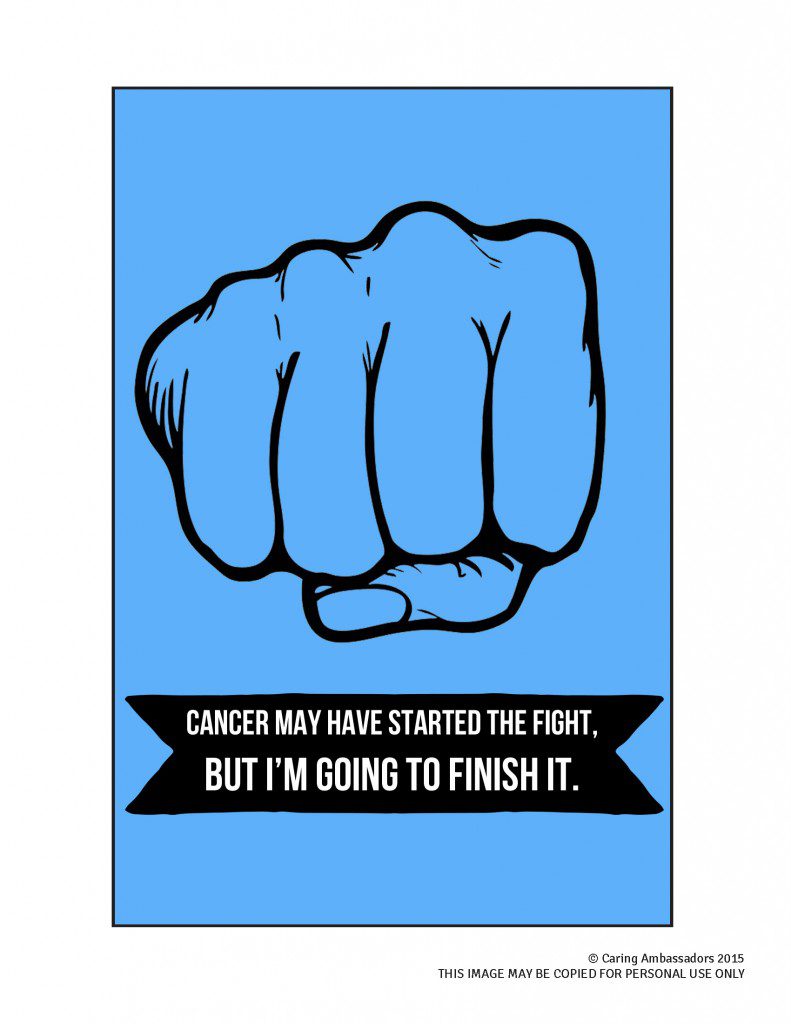 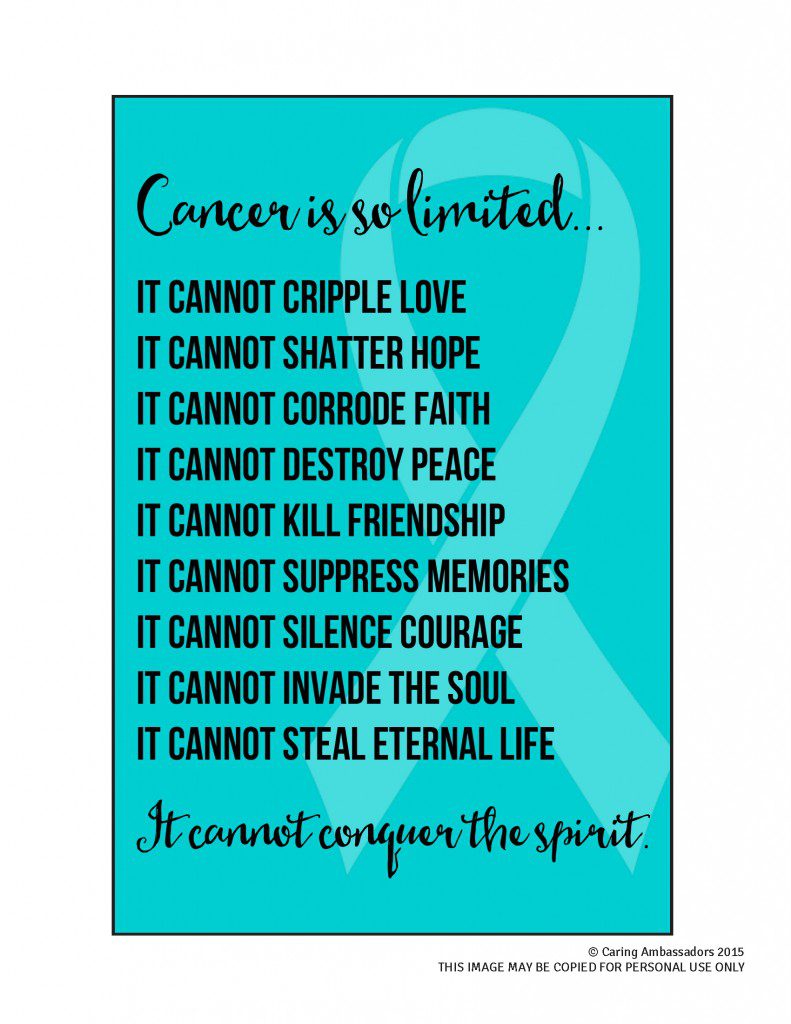