Would you like to raise awareness in your state?

It is easier than you think.

Thank you to Barb Ferguson for securing the Oregon 2014 Proclamation! We lost Barb but she will forever remain in our hearts! 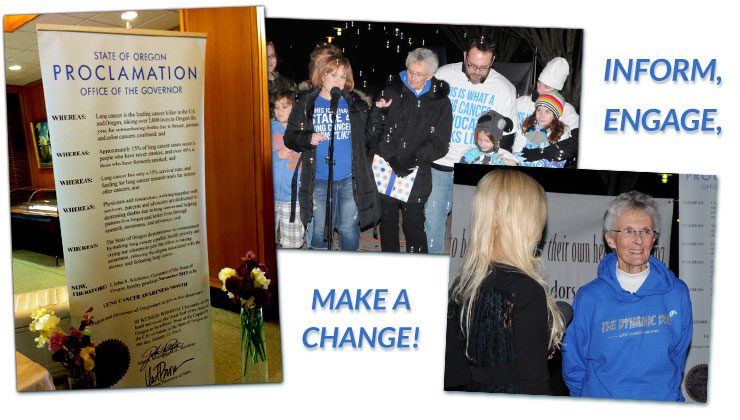 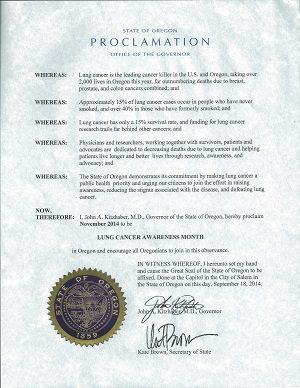 Share the proclamation through Social Media and include background information on how you made this happen. The Caring Ambassadors Program made displays with the official proclamation in Oregon and Washington and asked local cancer center to display during Lung Cancer Awareness Month. You can also make posters and share within your community health centers.